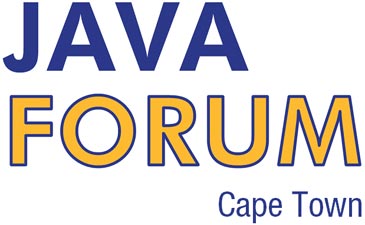 DVT has launched a series of networking events aimed at bringing the South African Java development community closer together.

Speaking at the inaugural DVT Java Forum held in Tyger Valley, Cape Town, earlier this month, DVT Java Practice Lead Timothy de Villiers said that, despite the growing importance of Java as a development platform for mobile and back-end solutions, the community remains small and skills are in short supply.

“Java skills are in high demand, even more so since Android became the dominant mobile platform and other mobile platforms started integrating with back-end systems,” says de Villiers.

“Much of today’s back-end integration relies on Java, which has proven itself over the years as a platform of choice not only on desktops, laptops and smartphones but across a range of devices,” notes de Villiers. “Despite its popularity, Java development remains a niche skill, and so we’re looking to bring the South African development community together to share ideas and experiences and, over time, help spread the appeal to a much broader pool of up-and-coming talent.”

Recently appointed Java Talent Manager at DVT, Marina Baptista, says the idea is to create a community of Java developers who meet on a regular basis.

“All other Java forums and communities in the Western Cape communicate electronically and we wanted to offer something different, a forum that put faces to names, and got the community talking to each other at a more personal level,” says Baptista.

“Initially it was going to be an opportunity to meet and greet over a casual meal, but future events will include a technical session and Q&A where developers will have the chance to share their knowledge and introduce new ideas to the group.”

Java is a key focus area for DVT, which currently employs 15 developers in Cape Town and more than 50 in Johannesburg. The company has a longstanding commitment to developing previously disadvantaged communities through its BEE programme, with new hires given exposure to some of South Africa’s largest companies through on-site training and skills development.

“The Java Forum is open to both current and aspiring developers, so students and recent graduates are welcome,” says Baptista. “We currently have a database in excess of 200 developers in Cape Town alone, and the first event attracted 40. We’d like to see that number grow to 100 or more as word spreads.”