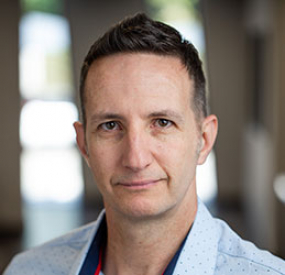 Getting maximum value from your cloud migration

Cloud migration has been one of the biggest and most obvious changes in the business IT infrastructure landscape over the last few years.

With the global pandemic creating a ‘new normal’ and entrenching WFH and remote working, cloud migration will accelerate sharply. In fact, we expect to see an increase of more than 300 per cent in cloud adoption in Africa alone, an upswing that will have massive ramifications considering the number of businesses on the continent.

From a cost (and value) perspective, there’s a prevalent misconception that cloud migration costs more. While this can be true if you don’t optimise your IT environment for the cloud, more often than not this misconception has delayed the inevitable for many companies that would clearly benefit from the cloud. Thankfully, it’s never too late, and there are several strategies companies can adopt today to gain maximum value from their cloud migration.

Cloud financial planning. The first and most important is planning and managing your financial investment in cloud migration. The term Total Cost of Ownership (TCO) has long been bandied around as a measure of business value, but it takes on a different dimension as you migrate your major IT services to the cloud. Essentially, you’re moving from a capital expenditure (CAPEX) to an operating expenditure (OPEX) model, with the bulk of costs shifting from the former to the latter over time.

In the early stages, your costs may increase – sometime substantially – as you continue to run your expensive on-premises hardware and software in parallel with your newly-migrated cloud services. However, as you start to optimise your cloud deployment and reduce the dependency on your on-premise environment (by making workloads more efficient in the cloud, for example), your on-premise costs will fall off sharply, and TCO will level off before starting to come down over time.

Depreciation. Cloud environment optimisation doesn’t stop with making workloads more efficient; indeed, that’s just the beginning. Other considerations, like volume licensing, also come into play. In a business with a large on-premises hosting environment, per-server and virtual machine (VM) licensing fees can skyrocket out of control. As you move away from a VM environment and start to deploy services in the cloud, this will have a dramatic effect on your overall licensing costs, greatly reducing your OPEX, all the while your CAPEX costs are shrinking, as described above.

Another cost cutter is the move away from paying for maximum server resources in a hosted environment, despite only needing these resources during infrequent instances of increased server traffic. In a cloud environment like Microsoft Azure, we encourage our clients to purchase one year or three-year reserve instances, saving them up to 70 per cent of their previous hosting costs.

Going serverless means you can run microservices in a contained environment that uses only the resources you need to run those services, rather than having to pay for additional resources to run operating systems and associated services that you don’t need to pay for. Instead, you can build out an architecture using multiple microservices that consume only the resources they need, and can also scale and descale as needed, becoming a very elastic – and cost effective – environment in the process.

Security. Securing your IT environment has always been high priority, and very costly. From the physical security of your premises, to intrusion prevention, data security and compliance, all of these costs are typically borne upfront and on an ongoing basis in a hosted environment. Cloud migration doesn’t make security any less important – arguably more so – but it’s also where you can realise significant cost savings.

All the top tier cloud platforms – Microsoft, Google and Amazon – take care of top-level security considerations as part of their service. Their data centres are also permanently locked down, removing the cost of physical and premises security from your checklist. Data security is monitored and continuously updated by some of the best security consultants and experts in the world, defining and improving security standards at the infrastructure, network and hardware level.

On top of that, all the major cloud platforms adopt strict guidelines and compliance requirements across multiple regions. Microsoft’s Azure, for example, adheres to more than 30 international and government compliance regulations, including GDPR and multiple American standards.

Making an IT-driven strategy an integral part of your business decision making process and following the guidelines above will help you optimise your environment, manage your expenditure, strengthen your security, and reduce your ongoing costs to realise maximum value from your cloud migration. A solid business case that is compounded by the benefits that cloud adoption brings to any organisation competing in the digital world: agility in response to infrastructure requirements, speed to market, and the ability to scale rapidly and securely as and when needed.