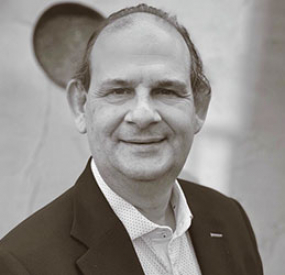 Africa’s knowledge base gets the IT project done!

Why should one consider South Africa and its IT experts to help make your projects a success? What makes an African resource, by definition, a value-rich asset?

When I first stepped foot into an office in South Africa, at the turn of the previous century, digitalisation and the internet were still in their infancy. However, I saw first-hand how work ethic, dedicated entrepreneurial spirit and an incredible ability to adapt made employees well-admired. Whereas previously, most employees in the IT industry had an inconsistent education, the formal education and skills levels in South Africa have improved significantly. In the early days, the rule was to follow a few courses to construct self-taught knowledge. I believe that this is due to one of the many positive attributes of the hungry-to-learn entrepreneur living in Africa.

The ever-changing knowledge needs of the world’s largest digital continent have since created a continuously changing demand for better-educated individuals. The demographic has since changed a lot too, aided by the continuous influx of people from other African countries. As a result of this exodus, the local knowledge pool has been significantly enriched. With South Africa’s metropoles serving as an IT incubator for the entire African continent, the drive to succeed amongst these individuals pushes the entire community to do more and to do it better. The motivation to serve their host communities, while doing well for their home community, adds fuel to this burning fire of young, tech-savvy developers and IT experts.

Throughout my residency and travels across Africa, I have come across the most outstanding IT professionals. In countries like Ghana and Kenya, the tech community is extensive and knowledgable – often to the amazement of many of my clients in Europe. Even with sometimes outdated equipment, they produce the most incredible, well-developed products and projects. Once again: a tribute to the truly African entrepreneurial spirit. In Kenya, the renowned ‘Mpesa Project’ has since grown to become the most used wallet system in the world. It was locally developed by Kenyans, for Kenyans. The Ghanaians also have an extensive track record in the banking-related payment domain. Ethiopians and Egyptians are well known and trusted for their ability to develop novel IT systems. The South African banks were using Internet Banking years before their counterparts in Europe were even thinking about it.

The one great advantage the Continent has over the Old World is that the Africans get the latest technology without having to pay for the outdated systems of the past. Simply put: they learn from the expensive mistakes made by the rest of the world. The so-called ‘Law of Inhibitory Progress’ has given the continent the edge and I’ve been involved in this movement since the start.

To illustrate this in even the smallest way: I remember landing in Johannesburg and almost immediately receiving a computer much better equipped (combined with far less paperwork) than the old hand-me-down I left behind in New York. When considering a new software package, it was easy to proceed without having to consider expansive and bureaucratic systems. Another example is Africa’s widely available and extremely cheap internet, which is amongst the most expansive in the world. This enables almost half of the continent to enable their actively managed Facebook profile, for less than a single $1 per GB. This, once again, surprised many of my friends in continental Europe.

In Africa, the latest and best is simply available at a reasonable price. I have also come to better understand the silo structure that often exists in traditional institutions in the West, through my extensive business and residential history. The pioneers in these richer, more developed countries have had to concur massive investment, but now that these prices and extensivity of previous costs to get a similar job done have come down significantly, they are now no longer necessary.

As the world looks to satisfy an increasingly insatiable need for IT experts in an ever more IT-orientated world economy, we see that Africa steps in and fills the gap. With her digital population growing at a faster rate than anywhere else on the globe, combined with the advantageous investment opportunity of a developing economy, we are seeing that the nearshoring of IT solutions to South Africa is a wise extension to any IT team from any global destination.

If this is something you’d like to chat about, let me know. DM me anytime!