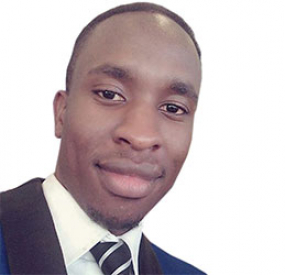 Can working from home become the new norm for Agile teams?

The Covid-19 pandemic has forced far-reaching changes in the workplace, not least of which is the almost universal requirement to work from home.

While remote working is nothing new, especially in agile software delivery, the enforced wholesale switch has been nothing short of an eye opener for many of us. As an Agile Coach and team leader, I have been particularly surprised by the increase – that’s right, the increase – in productivity and effectiveness of my teams since the Covid-19 lock-down was announced.

Not only have team members adapted quickly to the changes in schedules and routine, they’ve embraced them, to the point where the performance uptick can’t be written off to coincidence.

Sigmund Freud once theorised that, when faced with a stressful reality (a deadly global pandemic, for example), individuals often use a series of defense mechanisms to help them cope. A number of these mechanisms involve compensating for the negative perception of an event, which in the case of Covid-19 meant that many people’s livelihoods were suddenly threatened, and their normal routine (going to work in an office) was disrupted.

What if – as the evidence suggests – instead of crawling into our shells and dropping our performance levels, we instead amplify and increase our productivity to compensate for the lack of physical contact and workplace acknowledgement that we’ve lost? Could one of the unexpected benefits of the pandemic – coming at a time of great technological innovation and ease of communication – be the dispelling of the idea that a physical workplace is also the most productive?

It appears so, at least anecdotally. With no managers watching over us, no colleagues interacting with us (at least physically), and no face-to-face client meetings as a daily event, it seems most of our team members needed to find new ways to stay relevant, to show value, and to be appreciated. In a curious psychological twist, most people reacted to being banished from the busy workplace by keeping busier than they were before.

But don’t take my word for it, let’s look at the numbers. My teams were averaging 50 story points on any given two-week sprint (story points are used in Agile Solution Delivery as an abstract measure of effort required to deliver a solution). As soon as the Covid-19 lock-down was announced and we knew our teams would have to work from home, we expected that number to drop, at least initially, as we all readjusted to new ways of working.

To my surprise, the numbers went up, not down! Within days of the lock-down, we were clocking more than 80 story points, and doing so with even more complex and sophisticated projects.

This was of course made possible by the exceptional performance and functionality of visual remote working tools like Microsoft Teams and Zoom, but ultimately it came down to the extra effort of individual team members bucking the expected trend and responding to their change in circumstances by redoubling their efforts. In fact, more than three quarters of our team members acknowledged that they were actually working extra hours during the lock-down, without being promoted or motivated by other individuals to do so.

It’s as if people switched into some sort of subconscious survival mode. This is perhaps the biggest and most important difference between a scenario where you can voluntarily work from home (as we had progressively been doing anyway), and one where you’re forced to by circumstances.

In other words, there were external factors to the increase in performance and everyone wanted to play their part. This has made us re-imagine future possibilities.

One of the most interesting developments I noted after the forced switch to remote working was how much closer everyone started working together even with “fringe” team members. Everyone was actively attending meetings, joining in discussions around requirements, and generally making sure to be seen to be pulling in the same direction as the rest of the team. It’s as if being further apart brought us closer together.

We have done on-boarding of new team members, migrated our tool-set and have had very effective Retro sessions and other Agile ceremonies while working remotely. We managed to host our first successful remote PI planning with more than eight teams while working from home and we look forward to launching an Agile Release Train as we continue to improve business agility.

When we are at the office, people tend to time watch, and run to specific schedules, be it because of the time of day, traffic, and other external factors. Taking these time hogs out of the equation makes it easy to continue working. If I don’t have to sit in a two-hour traffic jam, for example, I can get into a rhythm that naturally allows me to go the extra mile, so to speak. It also eliminates issues like public transport reliability and congestion, which in a country like South Africa is one of the biggest hindrances to productivity.

Previously, when one or more team members worked remotely, we wouldn’t focus too much on their absence, giving them the autonomy to reach out if they needed assistance or collaboration. Now, we know that even when we eventually start to work in physical premises again – and we will – that assumption that working from home is less productive is incorrect.

This is going to change the way Agile teams are going to work in future. Of course, it’s not a matter of saying people are going to switch to remote working exclusively. There are still significant benefits to reap from physical interaction, like being able to get body language cues. Regular physical collaborations also help with motivation and team building. But moving forward, the number of days spent in the office are definitely going to be curtailed, initially because Covid-19 will be around for a long time, but also because we now know that the advantages of remote working are real.

The pandemic has opened our eyes to a new hybrid way of working, regardless of location. The fear of lost productivity is gone, and location is no longer a factor in excusing lower performance levels.