Trends and insights making an impact in your digital transformation journey 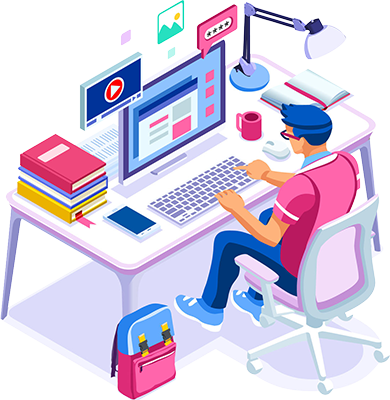 Walking the tightrope between UX and Tech

Think about your organisation for a moment. You might have a strong design capability with usability analysts, interaction designers and graphic artists. You might also have a technology department with coders, developers, programmers, or software engineers – call them what you will. (Let's assume these are different names for one stereotype).

Now, picture these two departments located in two buildings, high-rise towers side by side. These structures are joined at the highest point by a tightrope – the only channel allowing for interaction between them.

The reason that this imaginary channel resembles a tightrope and not a well-engineered bridge is that in many instances that bridge has never been planned for or constructed - meaning that it takes a certain skilled individual who is comfortable in both buildings, able to nimbly cross the divide at any time.

Our designers and coders tend to spend most, if not all of their time, isolated from each other in one of these two structures.

Let’s take this into the real world

Your design team has just spent three months perfecting storyboards, prototypes and visuals for the next great mobile app which is going to revolutionise your industry. Hooray! The execs cannot wait to see their glorious app in the App Store. The developers are about to get stuck in, and they are excited too.

However, somehow, after just one development sprint, excitement has waned, and question marks have started to crop up. The navigation is not as intuitive as everybody thought. Some of the error messages are misleading, and there is information in the wireframes that doesn’t exist in the database. The tech lead sets up a meeting to discuss a few of the pain points with the lead designer (who happens to be in a different part of town), and the two put their heads together to figure out where it all started to go wrong.

Within our consulting practice at DVT, we are looking for ways to solve these problems for our customers experiencing a divide between their tech and design forces. The wire-walkers are out there, but they are not easy to find, and they do not come cheap.

It needs to be said that the companies making the best products are the ones that don't have these siloed competencies. The customers we have seen who have the most significant success take a matrix structure approach where developers and designers (plus testers) are working together daily in cross-functional, agile teams. We also advocate for guilds which serve to strengthen a discipline (UI design, or Android, for example) in a unified way across multiple products or feature teams.

Which picture does your organisation resemble the most - two buildings side by side, or designers and coders rubbing shoulders on a daily basis?

If you have the means or lobbying power, it might be time to think about breaking down the silos in your organisation and rebuild from the ground up. Indeed no mean feat, but one which will do a world of good for your software.

For those cases where restructuring is not yet possible, or where one, or both of the functions may be outsourced, we will help you to train a few tightrope walkers – but watch out, safety-net not included! 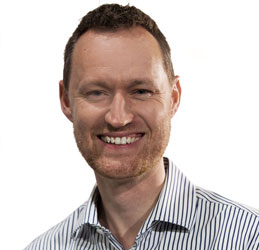 As a principal consultant at DVT, Chris plays a thought leadership role in the areas of user experience, product/service design and mobility. Exposure to a wide range of projects, developing and designing web and mobile applications in financial services and other sectors has sparked his insight – from grassroots level through to large enterprise. He is driven to push the boundaries of design for enhanced digital experiences, getting teams to function efficiently to bring concept through the execution gauntlet, and into the hands of happy customers.
You can catch up with him on Twitter @chrisdawson
Tagged under