A collection of our software solutions projects and related services 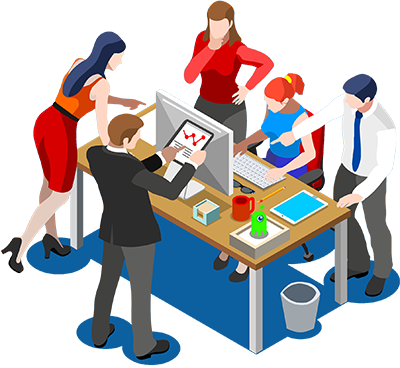 Pivotal Data has deployed a turnkey mobility application that gives the company's telephony clients access to all the functionality of their desktop phones from their smartphones.

As an agnostic technology provider, Pivotal Data builds and manages hosted contact centres and offers its clients enterprise-grade telephony services with service providers of their choice.

Corporates are often saddled with hefty cellphone bills when their staff use their mobiles for work, and one of the side-benefits of the Pivotal Data application is the elimination of those bills.

"For some time we've been struggling with the challenge of extending traditionally desk-tethered telephony services to mobile phones, but there was no solution we could find that allowed us to do that," says Pivotal Data CTO Allan Macfarlane.

Through our longstanding working relationship with DVT, we discussed the option of developing our own solution, which ultimately lead to the creation of a smartphone application that delivered what we wanted.

Together with DVT, Pivotal Data identified an existing software application that could be adapted and repackaged as a white-labelled smartphone application to seamlessly extend the functionality of the company's desktop telephony systems to a user's mobile phone.

Using Java and Objective-C to develop Android and iOS versions of the application respectively, DVT customised the open source solution Linphone to deliver exactly what the client wanted, instead of building the entire app from the ground up, significantly reducing the cost and duration of the project.

The project proved a great example of the benefits of Agile development in the corpo¬rate workspace.

By developing the solution using an Agile approach and short iterations in the form of Scrum sprints, DVT were not only able to give Pivotal Data early visibility to how the application would look and function, but were also able to adapt the app with constant feedback from the Pivotal Data team.

DVT could estimate a cost based on a certain number of sprints that related to the high-level requirements, meaning Pivotal Data only payed for delivered sprints.

The project was ultimately delivered in less sprints than expected, resulting in a cost and time saving for Pivotal Data.

If you require more information about our services, contact us today.

To find out more click here to read the press release: